Here’s my take on the main technology areas that will make a massive difference to our lives in the next decade.

This is a huge one and encompasses something as simple as Amazon’s recommendation engine, up to self driving cars, and eventually expert systems such as IBM’s Jenkins that could potentially replace doctors and lawyers and any other information based career. 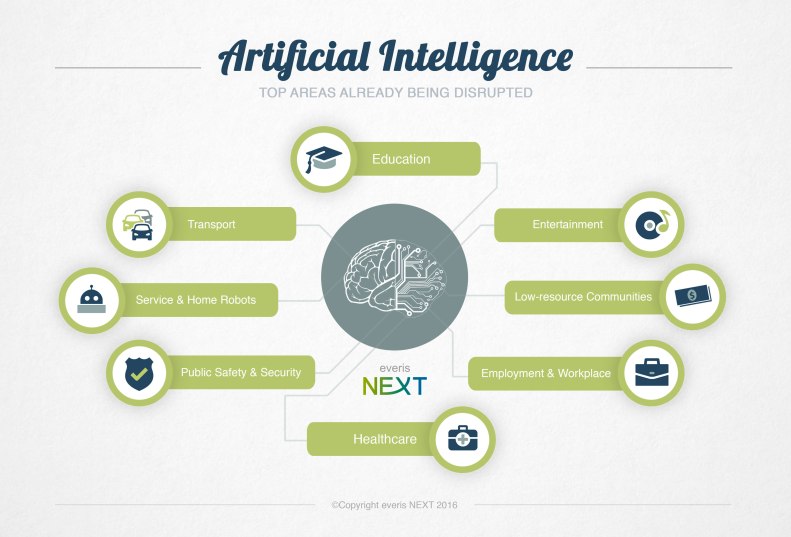 The most famous blockchain technology is Bitcoin, but cryptocurrency is only one use for this technology, taking out the requirement for trusted third parties such as banks. Fundamentally however, it’s just a general ledger system and could be used to track ownership of anything, including property, votes, assets, contracts, licencing, or even identity.

Theoretically, this goes a long way to removing the need for currency, government, and banks, unless they can find other ways to stay relevant than being the “trusted third party”.

Here’s how a blockchain transaction works: 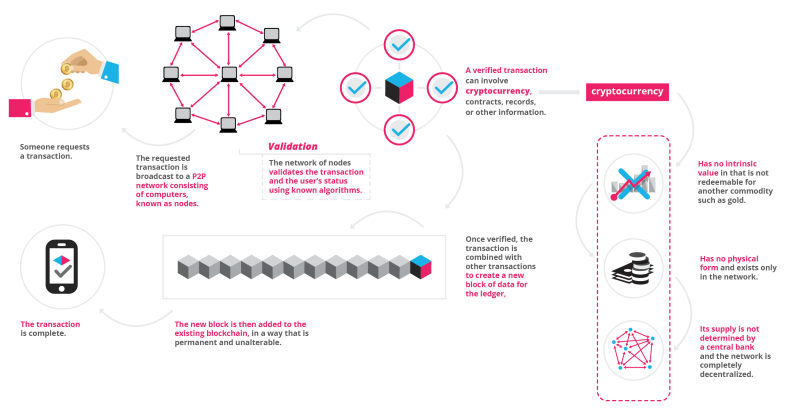 Computers have become approximately twice as powerful every 18 months, following Moore’s Law, but we are now approaching the physic limits of how small transistors can get and how fast this technology can be. The next big jump will be dropping binary transistors and adopting QuBits instead.

With this potential for quantum computers to become exponentially more powerful than transistor computers are today, this will enable much stronger cryptography (as well as also making current cryptography obsolete), machine learning algorithms to be run much faster (enabling AI), Bitcoin mining, and of course just doing everything we currently do much faster. 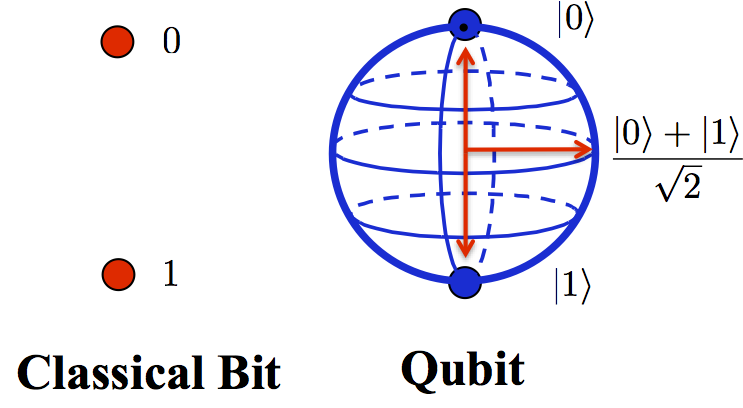 This technology will start with restoring lost function to disabled people, such as paraplegics, the blind and the deaf, will continue into solving Alzheimer’s, dementia, and mood disorders, and will eventually be the new way we interact with computers and potentially even each other.

Elon Musk has bet big on this and thinks it’s one of the best ways to make sure the AI revolution doesn’t leave humanity behind.

Mapping the human Genome to fully understand the source code behind life will allow us to, first of all, remove all genetic and hereditary disorders and diseases, and then move on to specify exactly what traits we would like to optimise for in our offspring. Future humans will be smarter, stronger, and more robust.